Find a planet, be a star

Now here’s an opportunity that won’t come your way every day. The astro-boffins have collected a cyber-mountain of data from their telescopes and need to analyse it to spot where the planets are. Because you are a human being – and therefore much better suited to this task than a computer – you could be the one to spot a planet. And you get to take the credit!

Members of the public are being asked to join the hunt for nearby planets that could support life. Volunteers can go to the Planethunters website to see time-lapsed images of 150,000 stars, taken by the Kepler space telescope. They will be advised on the signs that indicate the presence of a planet and how to alert experts if they spot them. Chris Lintott from Oxford University said:

The human brain would be particularly good at finding any weird or unusual systems says Lintott, involving variable or double stars or multiple interacting planets. Already several planets have been discovered by the public since the site was put live last year by an international team including scientists from Yale and Oxford universities.

But sadly, volunteers cannot get a planet named after them, as planet names are derived from the stars they orbit.

The Kepler space telescope, launched in 2009, has been searching a part of space thought to have many stars similar to our own Sun. Its most exciting moment to date has been the discovery of Kepler 22b , a planet close in size and temperature to Earth, lying about 600 light-years away.

Another nine months of data from the Kepler space telescope is being put online at the Planethunters website to coincide with three consecutive nights of BBC Two’s Stargazing Live beginning on Monday 16 January. Dr Lintott said:

“By Wednesday we hope to have some exciting discoveries. We are very confident there are more planets lurking in there to be found.”

The Planethunters website will have time-lapsed sequences of images of about 150,000 stars which have so far only been available to professional astronomers and their computers. Anyone spotting a potential planet can flag up the telltale data and, if a significant planet is found, they would be credited with the discovery and their name would appear in any subsequent scientific paper about the discovery. 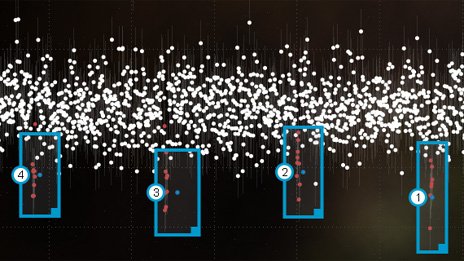 Stargazing Live returns to BBC Two at 20:30 GMT on Monday and 20:00 GMT on Tuesday and Wednesday, 16-18 January 2012. Preliminary results of the planet hunt by Stargazing viewers will feature in the final programme.