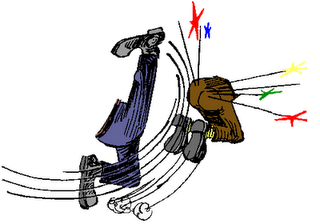 Excellent news from Thanet Labour - they've rejected the ridiculous night flying application from Manston owners Infratil at a Labour Group meeting last night. They cite the "alluded to jobs figures", "quality of life issues for the thousands who would be adversely effected" and the current "section 106 ...needing to be properly enforced and renegotiated".

They cite the “alluded to jobs figures”, “quality of life issues for the thousands who would be adversely effected” and the current “section 106 …needing to be properly enforced and renegotiated”.

They also recognise that the airport does provide “opportunity for jobs in the Thanet area but there is much much more day time capacity which could be utilised”.

“Concerns were raised about the environmental and health impacts on local residents, particularly sleep deprivation caused by aircraft noise.”

No Night Flights is not a party political group, and will equally cheer from the rooftops when local Conservative Groups and Liberal Democrat Groups come to the same conclusions.

The Labour Group at Thanet District Council has decided not to support the current application by Infratil for Night Flying operations at Manston Airport. At a meeting last night which was solely concerned with this application the Labour Group discussed the pros and cons and the ramifications for the residents of Thanet.

Cllr Richard Nicholson, Shadow Cabinet member for Regeneration and Economic Development said, “After a interesting debate the Group unanimously rejected the night flight proposals. Many issues of concern were raised but in essence it was felt the alluded to benefits in terms of jobs were merely an aspiration rather than concrete. And it is clear in our minds these do not in anyway compensate for the environmental and quality of life issues for the thousands who would be aversely effected.

Clearly much more needs to be looked at and put right even under the current Section 106. Primarily it needs to be;

It was abundantly clear that even now the envelope on what Infratil asked for was being expanded. The airport does indeed provide an opportunity for jobs in the Thanet area but there is much much more day time capacity which could be utilised before any other options are needed. Furthermore we feel that any changes such as the one sought at present may require planning permission and TDC needs to fully explore this.”

Cllr Clive Hart Leader of the Labour Group said, “I was proud of the quality of our debate, which I can assure Thanet residents, covered all issues for and against. Whilst we are rejecting this application we are equally adamant that both monitoring of operations and updating of all the section 106 is also vital. Thanet Labour Group is ready to sit down with others at TDC to seek the way forward to ensure residents in Thanet can have much more confidence in the standards and application of a new 106 agreement.”

That PwC report. At last! So what?