It’s grim reading for Manston, but it could be good news for East Kent – depending on Thanet District Council’s priorities. Yes folks, the Parsons Brinckerhoff report has finally arrived, and you can read, print and download your copy HERE.  This summary is in handy bite-sized chunks – just click on the “next installment” at the end of each post …

END_OF_DOCUMENT_TOKEN_TO_BE_REPLACED

Manston's night flying application was backed up by a report on noise nuisance from Bickerdike Allen Partners (BAP). The BAP report assumes that house windows are closed all year, thus understating the decibels heard by residents by 27dB.

The Parsons Brinckerhoff (PB) report picks up on this:

[p15] This of course fails to consider the partially open window situation described in both WHO guidelines and PPG24, which might be expected in the late spring, summer and early autumn months of the year. This corresponds to the months of year covered by the summer timetable in which the bulk of activity occurs at most airports in the UK.

END_OF_DOCUMENT_TOKEN_TO_BE_REPLACED

No haste = no need

OK, let's just make sure we've got this straight...

The night flights that Manston is hankering after have been portrayed as essential, crucial, make-or-break. Without them, so we are told, the airport won't be able to deliver on its fairytale Master Plan.

I find this VERY hard to square with (a) any facts in the real world, and (b) the airport's conduct over the last year. If night flights really did matter so much, why would they spend a YEAR dragging their heels?

END_OF_DOCUMENT_TOKEN_TO_BE_REPLACED

Marvellously convenient, and doubtless falling into an empty slot in your diary, the Airport Working Party will be re-convening their hastily cancelled meeting from last year. This will be happening on Thursday 20th January at 10:30am, in the Pugin & Rossetti Rooms, Cecil Street, Margate, Kent. Like I say - handy.

Special guest stars will be Bureau Veritas, the world famous sound consultants whose role in the unfolding drama appears to be that of the rain on Infratil's parade. BV's report, which had to be re-drafted a couple of times before being accepted by TDC, did not go down at all well with our chums on the tarmac at Kent's Irrational Airport. An embarrassing spotlight was focused on the typos in Infratil's proposal that skewed the story in their favour; the need to sound-proof Ramsgate was raised; and some crushing killer blows were landed

END_OF_DOCUMENT_TOKEN_TO_BE_REPLACED

Public consultation: the next steps

2010-10-19 Manston Comments Off on Public consultation: the next steps

The council will be carrying out a full twelve week public consultation to gather the views of as many local people as possible in the next couple of months. This will be facilitated on behalf of the council by Ipsos MORI. Please could I encourage you to take part in this process once it begins.

END_OF_DOCUMENT_TOKEN_TO_BE_REPLACED 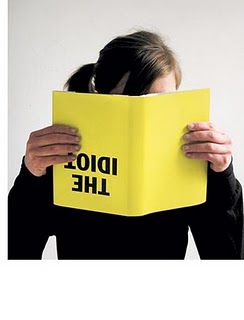 Some of the more observant members of our team here at No Night Flights towers have been reviewing the Noise Assessment Report from Bickerdike Allen Partners. They have provided me with a detailed report which highlights issues such as presented on it, including seriously underestimating the numbers of dwellings that will be affected.  They have come up with the following observations...

END_OF_DOCUMENT_TOKEN_TO_BE_REPLACED

At long last we're getting a clearer picture of what Infratil wants to do with our sky, and it doesn't make pretty reading: a 25-fold increase in night flights, and some sly counting to make it look less. The owners of Manton airport first started asking for more night flights at the beginning of 2009, during the BAWC débâcle. At the time, they claimed it was not just pressing, but urgent. Some 20 months have passed, during which they submitted another request, which was useless as it was missing key bits of information like... er... how many night flights, and how much noise.

END_OF_DOCUMENT_TOKEN_TO_BE_REPLACED

Warning to TDC and Infratil over Manston

Thanet District Council and Infratil, the owners of Manston Airport, have been warned they could end up in the High Court if the night-flights consultation process is botched. The warning has come from Paul Twyman, the chairman of airport watchdog the Kent International Airport Consultative Committee (KIACC).