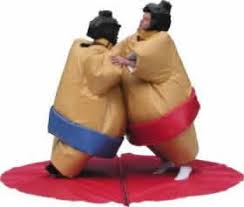 Playing on the total confusion around the subject of predetermination rules, our Simes suggests that the airport night flight decision is a “planning-related matter”. Labour councillors, by rejecting the “current” application just as Bob Bayford did yesterday, seem to have pre-judged a planning matter publicly.

“Utter b&ll$cks”, said our political/legal/planning expert. “The airport has no planning permission, and Bob Bayford keeps reminding us that he is only consulting the public out of the kindness of his own heart.”

Uncle Bob Bayford weighs in late on Tuesday with a “open letter” to the Labour leader Clive Hart to ask if his party is now one of ”total opposition to ‘any’ night time flying activity at Manston Airport”.

As much as we would like Conservative or Labour to reject them outright, neither party has. You only have to read Labour’s Press Release or the Council Press Release to understand that . May I suggest that all political parties put their dummies back in their mouths, put the teddies back in the pram and read everything again. Carefully.

Just to dwell on Bob Bayford’s position – “I also believe that the proposed upper level of activity is too high and needs to be reconsidered. I am not prepared to start a public consultation until these issues have been resolved.”

Answers on a postcard please as to what rules, laws, bodies Bob is putting himself in contradiction/conflict with.

One final point to all Councillors. No Night Flights is non-party political. Red, Blue, Yellow, Green – not fussed which party you come from. We support the right of a full night’s sleep, every night, to East Kent’s residents. We support a successful Manston which operates as much business as it can during more sociable hours – as many successful airport across the country do. Oh, and 24,000 people so far have shown an interest in where you live in relation to the flightpath.

Sleep tight – while you can.